This Sunday, I took a 3.5 hour drive up to Mt Buller with my friends Shirley and Leng, and my boyfriend, JJ. My girlfriend Shirley has always been pretty sporty, so it was a great idea of hers to go for a day trip to Mt Buller. Snowboarding was also on my New Year’s Resolution from end of 2011, so I think it really worked out well for me to check it off since I’ve wanted to try it for a long time. It was good timing since it was the end of the snow season now that Spring is here. I got some discounted snow gear which was a bargain! My Mambo snow jacket cost $50, and my waterproof snowboarding pants with suspenders was $65. Accessories such as my goggles were $25 and gloves $10. I don’t think it was all great quality, but for a newbie like me, it was more than sufficient. I was the only first-timer among the bunch, but it was good that everyone was happy to hit the easy slopes with me. I happened to pick it up very quickly and had a great time! Granted that I did fall and tumble dozens of times, but I kept getting up (after I figured out how haha) and I could get some great speed, turn and stop by the end of the day. I even had a collision with a stranger on the slopes, but the great thing about snow is that the impact is soft and that you’re all padded up anyway. Of course, I think I felt it more this morning when I woke up and my entire body felt like a piece of steak that had been tenderised with a mallet hahaha! All in good fun, so it was worth it! I am definitely going snowboarding again. I just uploaded my first ever video of me snowboarding! Check it out here!

JJ and I getting our gear on for the snow!

Learning how to get up onto my feet. Harder than it looks! 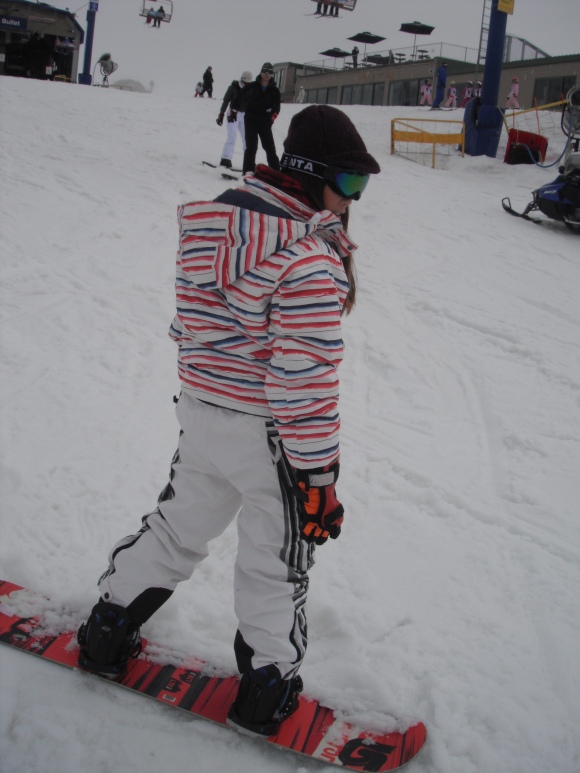 Up and reading to go! 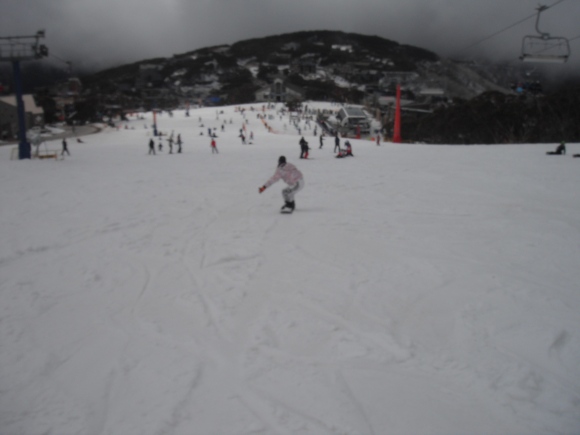 I was flying down the slopes! Such an adrenalin rush! 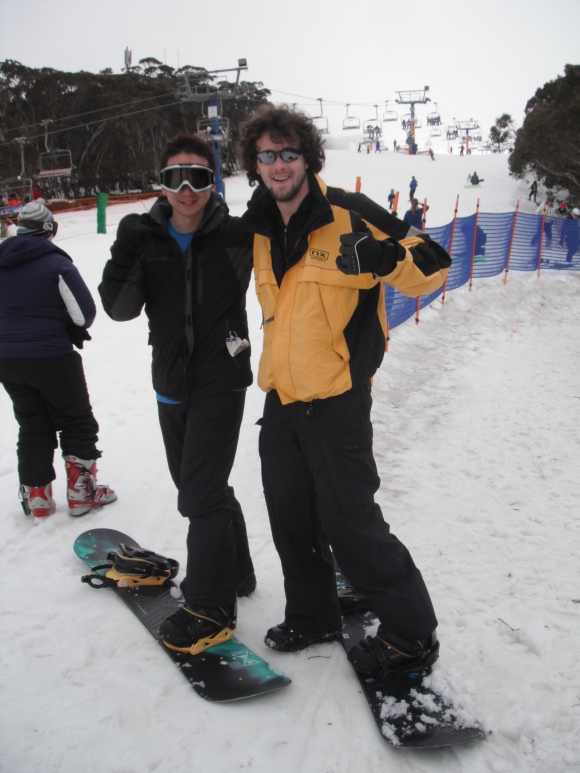 Leng, me and Shirley on the chair lifts. Such a thrill to be so high up. The view was great!